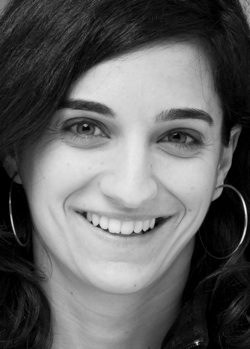 I worked as a producer at CNN for 10 years (2000-2010). Prior to that, I was a producer at the largest news network in Argentina. Highlights of my career include the duPont Columbia Award -equivalent to the Pulitzer Prize.

I have covered the most important events of the past decade, for both the Spanish and the English speaking markets. I have produced documentaries, daily news shows, weekly talk shows, news specials, and special projects. I have on-air experience, as well as extensive experience in the field.

As a TV producer I had to build a daily communication strategy for each show and for each story within the show. The key was knowing the information inside out, having a thorough understanding of the audience, and being creative while making the best out of the resources available. The goal was to engage a diverse international audience, with 100% exposure and no room for mistakes. My responsibilities also included looking after the anchor’s image.

I was the leader of a transatlantic editorial and technical team. My personal communication skills had to be extremely precise and assertive to ensure everybody was on the same page to produce the desired results.

HOW IT ALL STARTED

My career began in Argentina as a writer/producer for the website of the largest national news network, "Todo Noticias". The number of visitors to the site tripled after I took over. I then crossed over its TV division, where on top of my daily job as a show producer and my weekly job as the producer of a talk show, I worked alongside a reporter producing in-depth pieces. One of these packages was about overcrowded prisons, and resulted in the sacking of the chief police officer of Buenos Aires.

I have an impressive track record in documentaries, having won the Alfred I duPont-Columbia University Silver Baton Award in New York, the equivalent to the Pulitzer Prize in electronic news media. It was the first time this prize was ever given to a foreign-language program (it was made in Spanish). In 2000, I joined CNN as a freelancer at the Buenos Aires bureau, and worked for a year on a documentary about the Plan Condor (a kind of "Extraordinary Rendition Plan" that took place in the 1970's in South America). Reporting directly to the Executive producer in Atlanta, I was in charge of research and responsible for the filming diary. The documentary uncovered the identity of a woman who had disappeared in the 70’s, we found her family, and reunited them with the remains of the woman.

Once the documentary was finished, I kept freelancing at the CNN Buenos Aires bureau. During this time, I expanded my field experience by chasing the top story coming out of Argentina, lining up interviews, and turning pieces for CNN’s daily output. I was also responsible for finding and coordinating live guests, upon Atlanta shows’ requests.

I moved to Atlanta in November 2001 as a show producer for CNN’s Spanish service, “CNN en Español”. This is a regional network that broadcasts for the U.S. and Latin America. It covers international news with a Latin American focus. At “CNN en Español” I had the chance to produce from scratch several half-hour special shows, such as “Latin America, democracy at risk”, “John Paul II and Latin America”, and “Pinochet, The Plan Condor”. Each of these programs required talking to the many reporters involved to decide the focus of the pieces needed for the show, making the final decision and assigning the packages; coordinating the anchor-links with the host, gathering visual elements, and supervising the editing process.

I crossed over to CNN’s English service (London bureau) in January 2006. While at “CNN International” I produced all the European news shows, I worked at the London news desk, I scripted pieces for our correspondents, and I worked in the field with the reporters. One of the biggest events I covered from the field was the 2008 oil conference in Spain. I pre-produced the coverage and -in the field- I coordinated two camera crews, providing regular live shots for the network, and securing interviews with top players, such as the Saudi Arabia’s oil minister and the Iranian energy minister.

My expertise in Latin America made me the go-to person among my co- workers. Being research one of my top skills, when there was an important event coming from this region I generated background notes that were used both as content for the shows, and as guidelines by all the editorial staff (from anchors to editors).

In addition to my daily job as a producer at CNN International, I also collaborated with “CNN en Español” as a reporter, bringing them the top European story.

I have a bachelor degree in Communications from “Universidad Austral”, Buenos Aires, Argentina. The school is based on Navarra University, Spain. My GPA was 9.20 (out of 10).

SNAPSHOT OF MY EXPERIENCE​

FIELD PRODUCTION. Responsibilities: Work with the reporter in finding a story; set up interviews with analysts & players, and interview them when necessary. Interview people on the street. Select proper video & graphics for the piece. Contact affiliates for material, and buy material when needed. Supervise editing process. Make all logistic arrangements if there is travel involved; pre-produce the trip editorially (research, line up interviews, select locations for shoots); responsible for the crew’s safety, and the reporter’s look; troubleshoot issues on the go.

REPORTING: Segments from London on the top story CNN International is covering. Segments done from London studio and from the field for CNN en Español.

DOCUMENTARY PRODUCTION: CNN’s one-hour long film about the Plan Condor, which operated in South America during the Cold War. Award: “Alfred I duPont-Columbia University Silver Baton Award”, the first given to a foreign-language program. Responsibilities: Research; locate and contact key players; set up interviews, get video and supervise editing.

ONLINE WRITER AND PRODUCER: Achievement: The number of visitors to the webpage tripled after I took over its production and writing. Responsibilities: Select, write and post stories online; choose graphic material to illustrate them. Create special segments for the website. Website: www.tn.com.ar

AKE: I have completed the training to work in hostile environment. 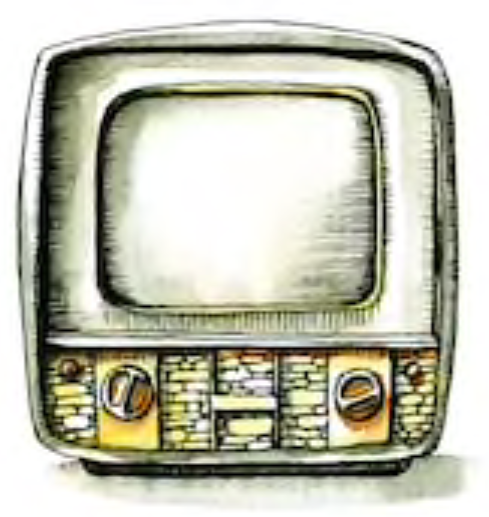